P-PHES NAVALEO is located in the province of León, Spain. It is a pure reversible pumped storage treatment plant, without water input, with a total installed capacity of 552 MW (3 groups of 184 MW each) in generation mode and 548 MW in pumping mode, with a maximum daily gross stored energy output of 3,625 MWh.

The project consists of two tanks/deposits with an individual volume of 2.23 hm3. The flow rates are 90 m3/s in generation mode and 70 m3/s in pumping mode. The static head is 710 m and the round cycle efficiency is up to 79%. 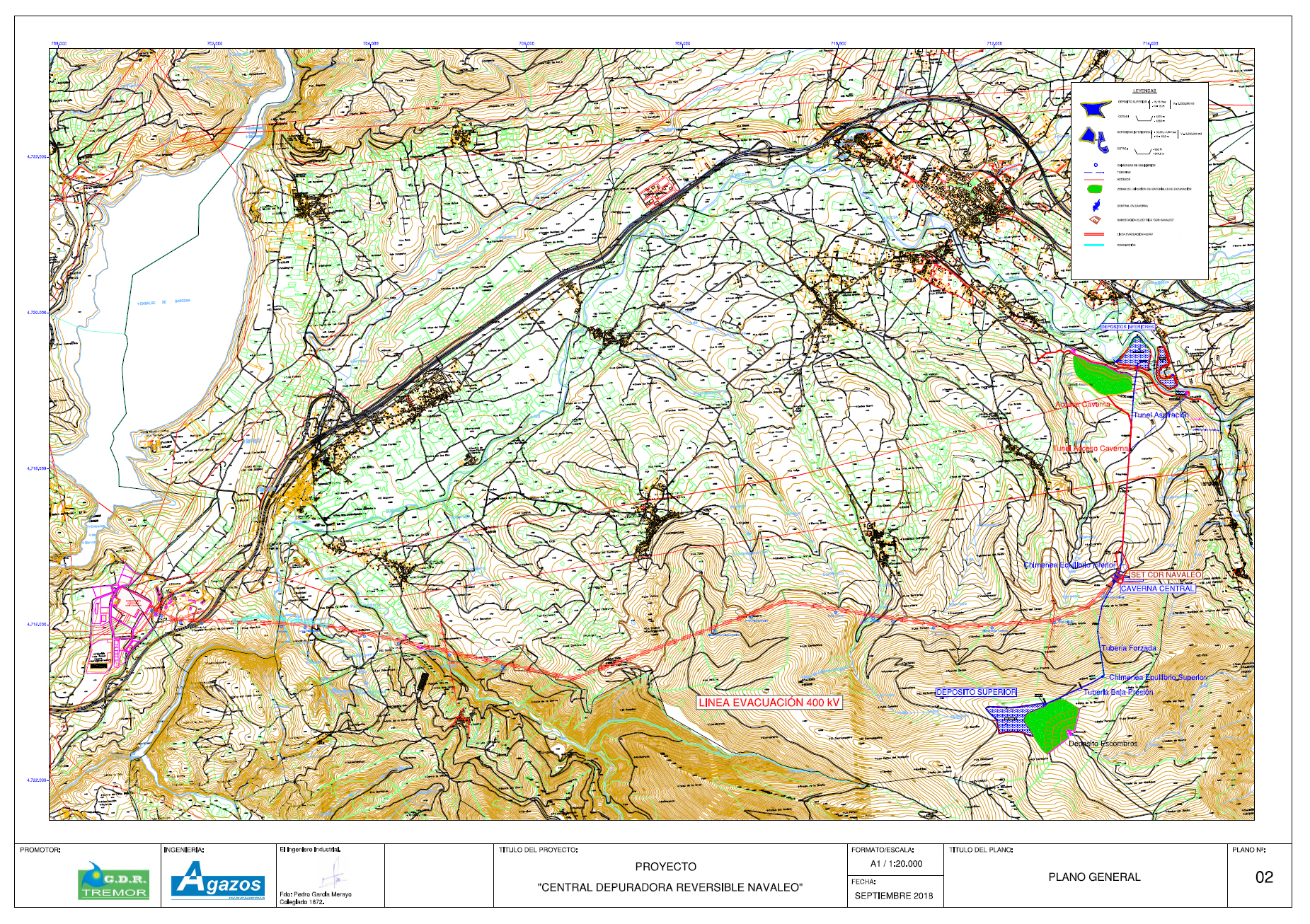 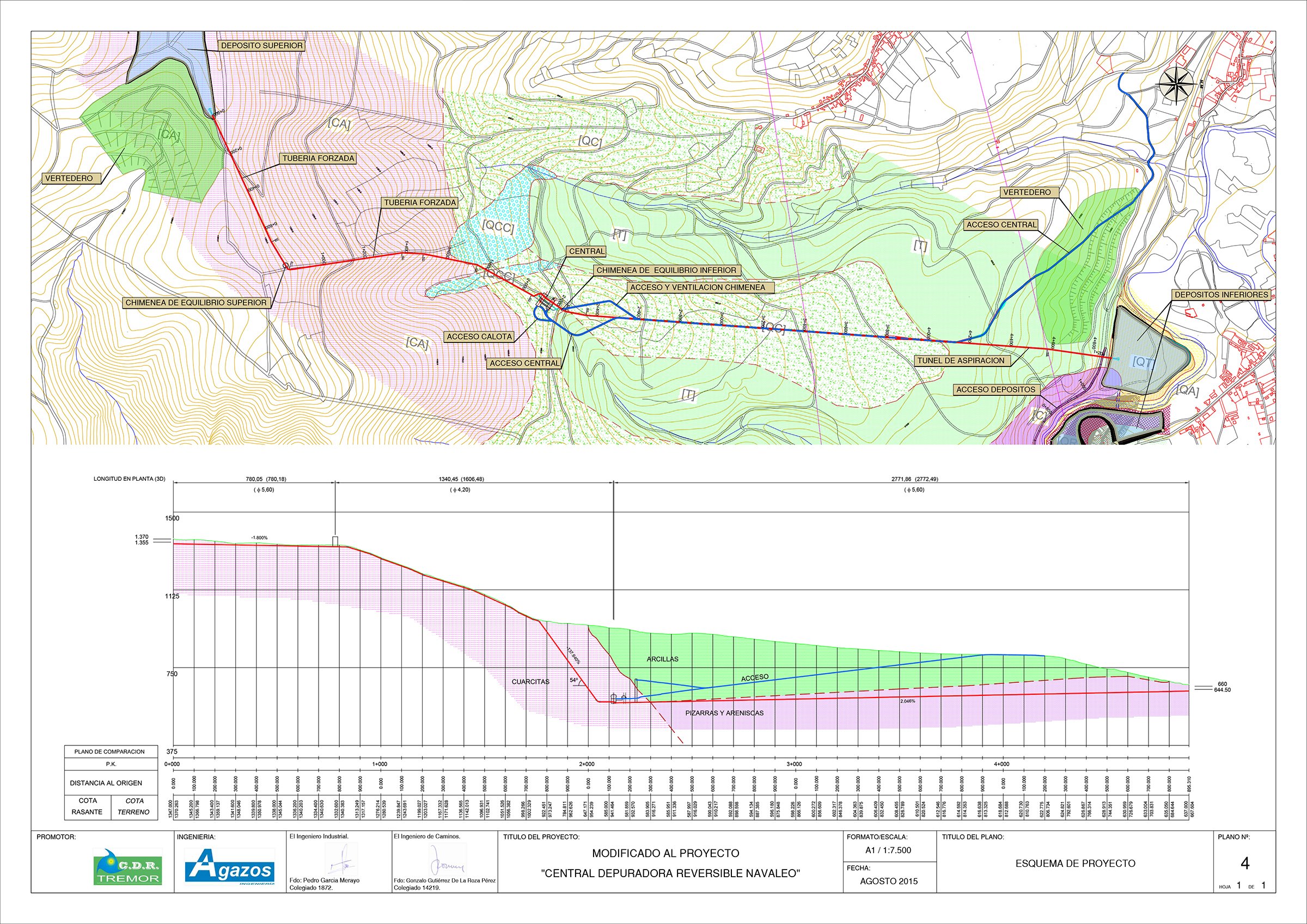 The vast majority of the main facilities are excavated in the ground and are buried installations.

The annual electricity production of P-PHES NAVALEO is estimated at between 700,000 and 920,000 MWh/year, which will reduce CO2 emissions from fossil fuels by approximately 142,800 to 187,680 tonnes of CO2 per year of operation of P-PHES Navaleo.

The P-PHES Navaleo incorporates a collection point for contaminated water from the Navaleo mine’s pit, which is currently closed. Before it enters into P-PHES, the water is pre-treated by the following process; neutralization, aeration and oxygenation cycles, flocculation and decantation. The technology used in the P-PHESs is included in a Spanish patent, which is also being processed at an European and international levels.

The average flow discharged at the mine and handled by the water treatment plant is 4,500 m3/day. 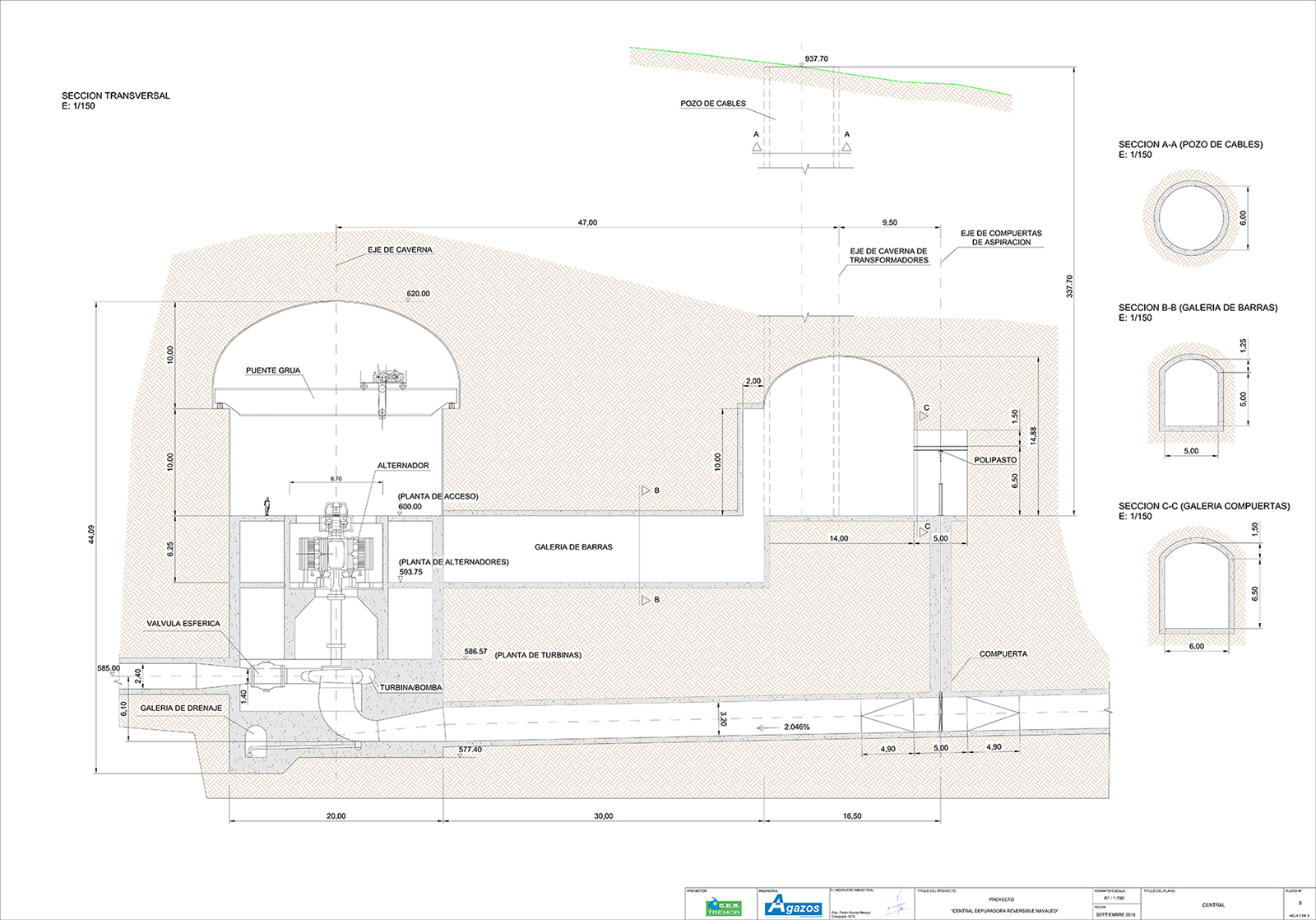